Behind the Scenes of a Pluralsight Course

Today I released a new Pluralsight course with my mate Scott Allen. It is my 15th play by play course and I am enormously proud of it and I absolutely think you should go watch it to learn about ASP.NET core, Azure resource templates, containers and docker services. It is the new way to release software for the web. However, that isn’t the main reason I am writing this post. 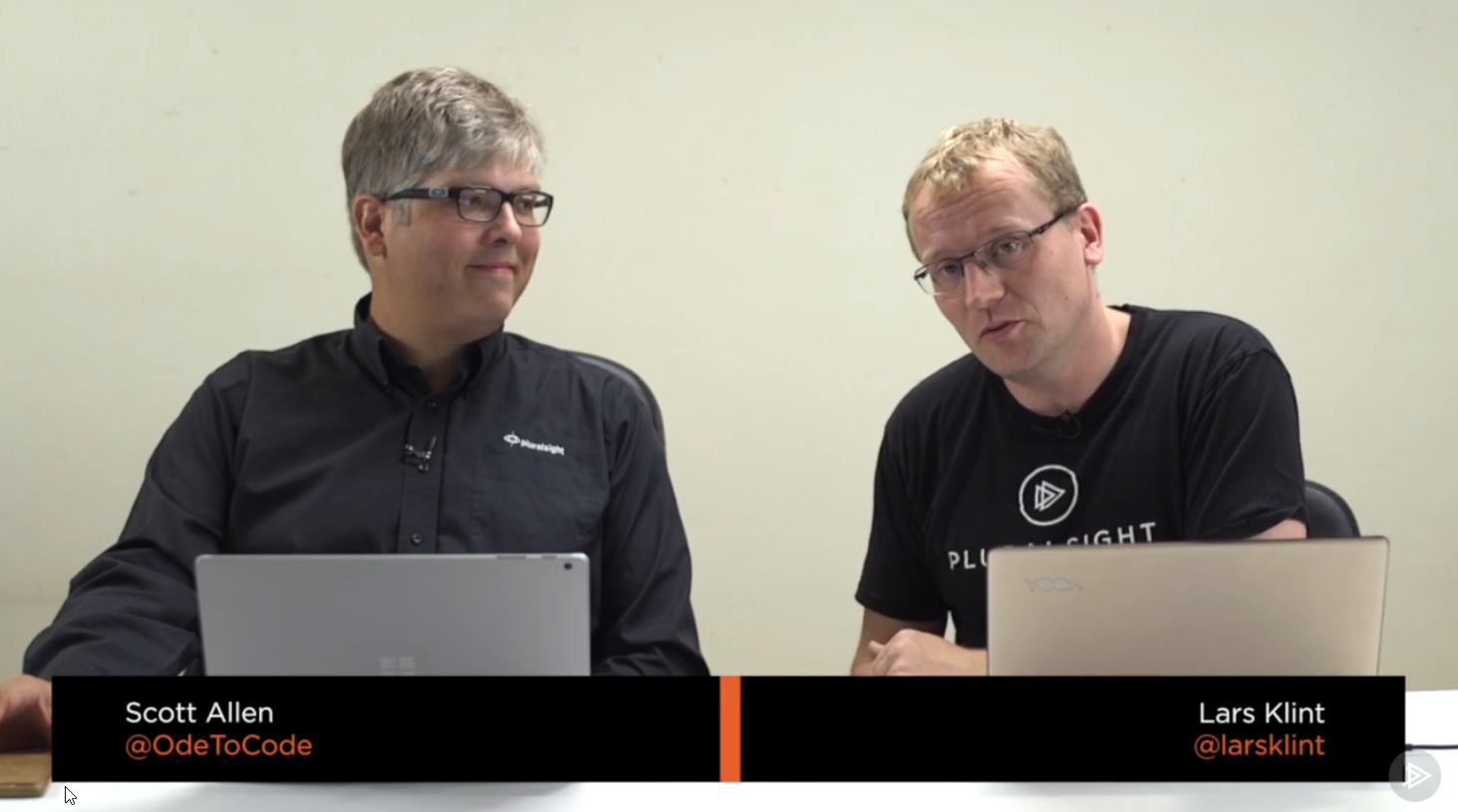 This course was recorded on Thursday 15 June 2017. That is 225 days in post-production. In technology that is half a lifetime, and I thought I would explain the process of creating a Pluralsight course, in particular a play by play. As you might have guessed, we don’t just show up and ad lip for 2 hours. We have to start a couple of months before 15 June 2017.

Around April I started compiling ideas for topics that would suit a play by play approach. I contacted other authors I’d like to work with, including Scott, Troy Hunt, Jon Skeet, Stephen Haunts and Duncan Hunter. We talk back and forwards over a couple of weeks about what a topic could look like. A “topic” is a couple of paragraphs on the aim and overall story of the topic, as well as a list of content to include. All of these topics are collated and I send them to the amazing Kevin at Pluralsight. Kevin presents these topics internally at Pluralsight to curriculum directors, and topics are either passed on (a similar course might exist, the topic is better suited as a regular course, it sucks etc.), asked for more detail, or approved.

When topics are approved, this means a formal proposal is needed. This is written by the authors in a specific document template, which outlines themes, abstract, the aim of each course module, what the demo will be, which versions of technologies are used, target audience, relation to any existing courses and more. It is comprehensive and takes some time to prepare. This document is then presented again for final approval with Pluralsight. Once this happens, all of the necessary approvals are complete, and the right people are across the content and where the course fits in.

At this point, Kevin will start looking for dates to record the courses. He also finds a venue that is suitable (often this is a conference center, as the recordings coincide with a conference), as well as a professional video recording team. In the recordings I have been part of, there have been 3-5 people manning sound, cameras, lights, composition and more. It’s a lot of logistics to manage remotely.

Authors will start writing the courses, because, contrary to what some learners have thought, these courses are scripted and highly prepared. Usually there will be one subject matter expert that will prepare most of the content and guide the script process. Any demo applications and slides also need to be written, tested and prepared for the recording.

On the day of recording, in this case 15 June 2017, you show up at the time and place as agreed, sit down and go for it. There aren’t any rehearsals, as there just isn’t time. The recording is live and the conversation is natural, although scripted and with a learning outcome in mind. There are lots of retakes, where we either start waffling, forget a critical point, a demo goes bang or something else. But the tape keeps rolling, and each course takes 2-3 hours to record for 60-90 minutes of content. Each author records their screen as well. It is all great fun, but also mentally very taxing. Doing three or four in a row in a single day is particularly difficult. 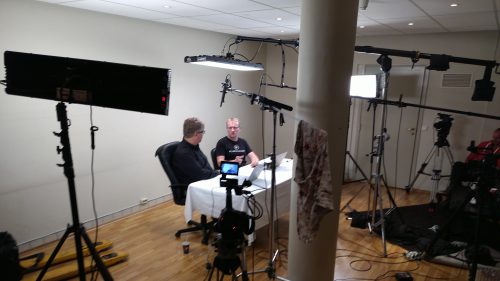 Once the filming is done, the recording goes back to Pluralsight. All up it is two laptop screen recordings and recording from three cameras. Once it gets to Pluralsight, the material is edited by in-house editors. This is different from traditional Pluralsight courses, where the authors themselves edit the recorded material. The courses are edited and once complete, a first draft is sent to the authors. It is then the responsibility of the authors to split the course into clips and modules, as well as make sure the course is on point and makes sense. Authors record a voice over for the trailer for the course, and the course is eventually published.

That is, if everything goes to plan.

With this latest course, it didn’t go to plan. For some reason, the entire screen recording from Scott’s laptop had a black screen, but sound. There was no visuals at all. If you watch the course, you will see that most of the course is Scott demonstrating how Azure and Docker works, using his laptop. After the recordings came back to Pluralsight and they started editing it, it became apparent most of the material was missing. We had all of the audio, and the live action footage, but no demos. There were are few conversations about whether we scrap the course, re-record it at the next opportunity or what else to do. Scott graciously offered to re-record the visual based on the audio. He did an amazing job, and I challenge you to find anywhere it doesn’t match the audio. That took some time to redo, but it was worth it. The best part is that the material is still 100% correct and super relevant to modern web development.

Creating any Pluralsight course is a huge achievement, and to be honest, most people never finish the audition to become an author, let alone their first course. Play by play courses are no less work, although the work load is spread differently. Hopefully the course comes across as easily digestible and reasonably easy to watch. But that is only, because so much work was put into the planning and scripting of them.

With all that in mind, I hope you will take a look at Scott’s and mine new course Play by Play: Packaging and Deploying a Real World ASP.NET Core App. It is available right now at Pluralsight.