[update]: I have been made aware that “Free Market” has been pulled from the store. As much as I would love to think this article had an influence, the important thing is that the topic of maintaining the Windows Phone eco-system as developers, is discussed.

Earlier today I was made aware of the Windows Phone app “Free Market”. Nothing unusual about that; I look at tons of apps all the time. However, this one made me half cringe, half sweat. Basically, it is an app that allows you to search the Store for an app, and then the app will check every single location to see if the app is free in any other market. 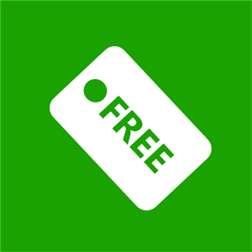 How Does It Work?

The app will look at each localised version of the Windows Phone Store, and will then check the price in each. Because the localisation definition is linked to the physical device, rather than the Microsoft account used for the Store, you can simply change the location on your phone and voila, you have a free app. It obviously depends on there being a free version of the app somewhere in the world, which is set by the developer or Windows Phone Store account holder.

What Makes Me Cringe?

This effectively means that the developer of the app, Aref Gihuni, has developed an app that undermines the very platform he develops for. He believes that it helps developers by getting more downloads, but not only does it skew the download statistics for an app, it also severely undermines the marketing approach you might have formed as a developer. For developers that depends on the income from apps, they now have no income. It is a very valid approach to make an app free in a certain market to boost the performance. However, if it is doing well in another market as a paid app, those paid customers will now potentially just get a free app. The developer argues that some users won’t pay for the apps anyway, but by providing a paid app for free, the user base only get more used to having everything for free. As an indie developer, I cringe by the thought that my marketing is suddenly up to another developer making my app available for free. I would like to foster an environment, where my hard work is rewarded by users who genuinely want to support my efforts. I am not really that interested in users that just want something for nothing. If I want to offer my app for free in a certain market I will do so.

What Makes Me Sweat?

When I create awesome software in one form or another, I love getting publicity about it. Pride in software is key. However, if I can’t be sure my hard work pays off it makes me sweat. And even more so when a prominent Windows Phone site such as wmpoweruser.com promotes an app that undermines the entire ecosystem of the Windows Phone platform, it makes me sweat. Unfortunately, the site didn’t see eye to eye with a number of Windows Phone developers and gave a nonsensical reason to why that is.

Yes, this is a bit of a rant, but it is important that developers are not just sucking this up. I feel I have been bent over a barrel and forces to give my work for free, if I choose to do so in one market. I would love to hear your thoughts in the comments below, and perhaps we can make a difference for the greater good of the entire Windows Phone community.