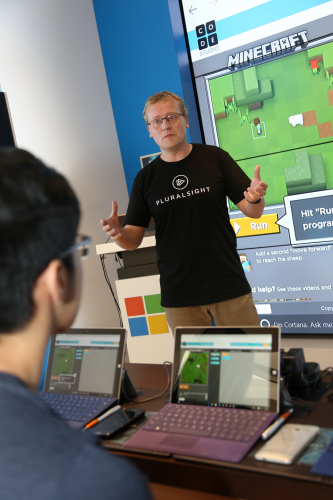 If there is one thing I am really passionate about (besides Windows phone and Microsoft Kool-Aid) it is opening up kids’ minds to the world of coding. Watching kids in that light bulb moment when they suddenly realise that they can control computers and make them do their bidding is just priceless. I love it.

The week of 7 December 2015 was the Hour of Code organized by code.org. It is a worldwide event, where code.org provides teaching material via their website and then get a bunch of partners and companies to set up classes and get anyone to do an hour of coding. It is primarily targeted at kids, but anyone can participate. I was fortunate enough to be asked by Pluralsight to come up to Sydney and teach two sessions with kids and university students that they were sponsoring. And if that wasn’t enough, the venue was the holy grail of Microsoftee fanboys; the brand new Microsoft flagship store in Sydney. Hallelujah!

I went through both the Minecraft tutorial as well as the Star Wars puzzles on code.org and it was a smashing success. I had a ball, the kids (and university students and parents) all completed the course and got their certificates, and time just flew by. 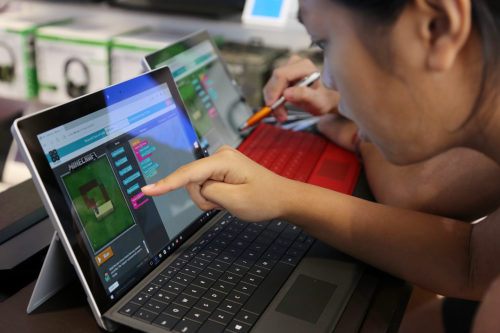 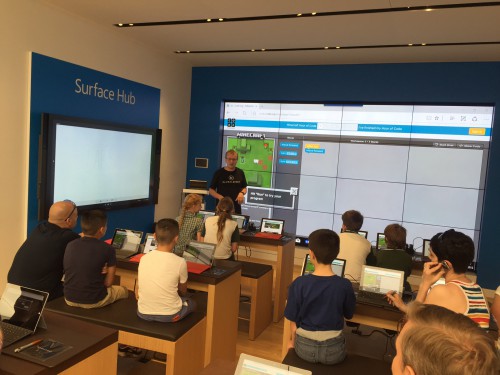 But I don’t want to stop there. To me programming and coding is such a fundamental part of any person’s education that it is on the same level as learning to read and write, as well as mathematics. Once you understand how to break down a problem into atomic chunks and then program each chunk for a computer you have gained a priceless skill in problem solving for any scenario. The skills that apply to learning programming are essential in almost any kind of work in today’s world. And just like learning to write doesn’t mean you have to be a novelist, learning to program doesn’t mean you have to be the next Mark Zuckerberg.

There is a real challenge in getting not only kids engaged in programming at their level, but also getting schools to champion the knowledge transfer. Often it is seen as “too hard” and “a nice to have”, when in fact it is key to many successful roles and responsibilities in any walk of life.

I encourage you to get involved with your own kids, the local community kids or kids online to teach and share your passion for programming. Once they are hooked they are like sponges and you can just keep pouring geekiness on them. Next time there is an Hour of Code event, raise your hand and give something back to making the world that little bit better.

I would do it again in a heartbeat. 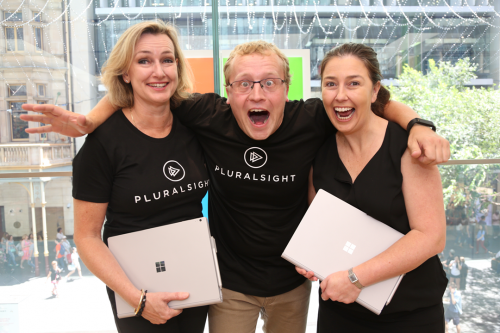