We have a lot of cars. Some people collect stamps, we collect cars. So I was on the lookout for an in-car phone holder that was easily removable, sturdy and durable that we we coluld  take in whatever car we happen to drive. I ended up with the Olixar Drivetime Pack, mainly due to the chunky look of the hardware and the reasonable price.

The parts were packed securely and each item was attractively packaged (no cutting your fingers open).  Unpacking was straight forward.  Although there were no instructions supplied, they weren’t needed as the items were easy to assemble. 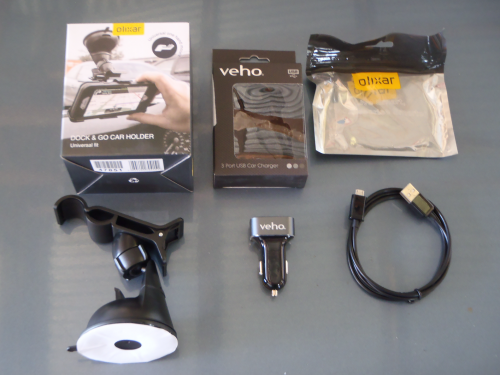 The one thing that every suction cup system I have ever had does, is to dry up. In order to affix it to the windscreen, you have to lick it, wet it or somehow apply moisture for the suction to seal properly. The suction cup on the Olixar system is easy to attach to the inside of the windshield and feels securely attached without the use of ‘spit’ or water to help it stick.

Another thing is that it is often very difficult to get the phone in the holder, and you often need two hands to do so. I liked the simple one handed action to fit the phone to the holder.  The only down side with the test device (Microsoft Lumia 735) is that it had to be mounted off to one side as in a central location the clamp would press the phone’s switch and turn it off.

A very handy feature is that the accessory socket 12V USB outlet with three USB ports. Having only one is always a problem on a journey that requires the phone to be used as a GPS. With the extra ports you can shut up the power addicted teenager running out of juice on their iFruit device.  One of the ports is even a high (2.1A) output for the GPS or other power hungry device. 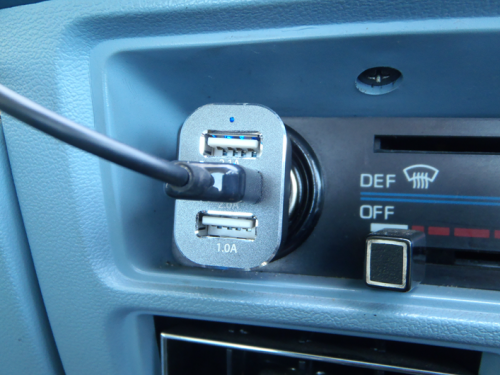 With everything assembled and the GPS active it was time for a drive.  Even with the holder and phone mounted more to the passenger side of the car it was in my field of vision and easy to read.  This is a specific mounting position to my car and I am sure on other cars it would be more central. Australian road are not the smoothest, which means most phone holders rattle like anything and shake until the suction gives up or the phone decides to depart its temporary home in the car. With the Olixar mount driving over a rough surface the phone didn’t shake at all and remained stable for the duration of the trip. 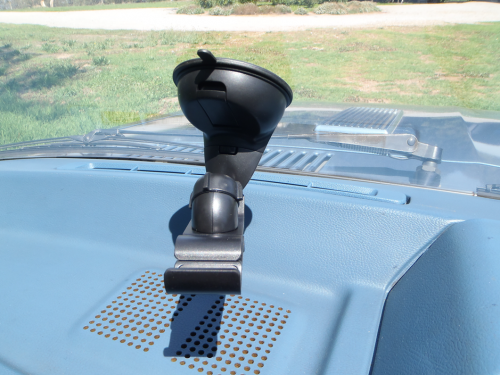 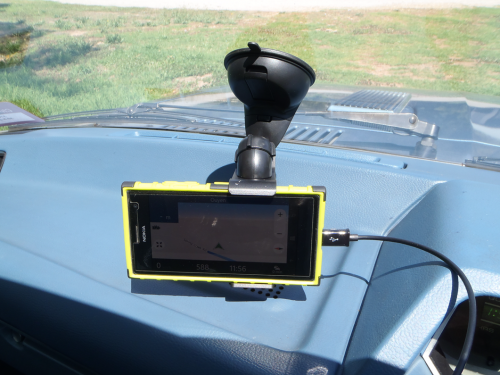 Every item had a quality feel to it and should easily outlast the two year warranty. It is by far the best car phone holder I have ever used (and I have been through quite a few) with a very reasonable price tag.

The item was kindly donated by mobilezap.com.au, but they had no influence whatsoever on the outcome of the review.