Ten reasons to be a Windows Phone Developer

One of my favourite parts of being a developer is the DVLUP portal and network. Essentially it is a gamification initiative to provide encouragement and incentive to developers to build and enhance apps with specific features. As a developer you earn experience points (XP), which you can then trade in for really cool stuff like device, earphones or design reviews and licenses for tools. It really gives you an extra push to get your apps done by a certain date to get that Lumia 1020 or an hour in the hands of a designer that can help you get the right workflow and layout.

DVLUP is free to join and fully integrates with your Microsoft account as well.

The tools for developing a Windows Phone app really are brilliant. Visual Studio and Blend are so mature and polished they make your development experience a breeze. That doesn’t mean developers don’t like to complain and whine about the tools, but that is most likely because they haven’t tried used Netbeans for Java or XCode for objective C.

Visual Studio doesn’t only work with Windows Phone, but with the entire suite of Microsoft SDKs, and has become the ubiquitous tool for developers on the Microsoft stack. The great thing is that a version is free for Windows Phone development.

There are a lot of passionate developers believing in the Windows Phone platform, myself being one of them. The community around Windows Phone is supportive and helpful. There are a lot of events on to get new developers started and to network with existing professionals. Microsoft often put on workshops and dev days where you can collaborate and share ideas with other developers, as well as get help for specific problems. Nokia also have a lot of events through their DVLUP branded activities.

But community is not only events, it is also Twitter and forums to a large extent. Using the hashtag #wpdev will lead to a treasure chest of links and tips. Forums such as Stack Overflow has a great section and the Microsoft forums are the same.

But the real strength is all the amazing developers that live and breathe Windows Phone and will do all they can to make it succeed.

My first Windows Phone was a Samsung Omnia 7, which was one of the first devices you could buy in Australia. I kept that for a couple of years, until Nokia started bringing out devices. Like many others I predominantly used Nokia devices in the early 2000s, until the iPhone came out. I could not wait to get my hands on a Nokia phone running Windows Phone though.

To me the Nokia hardware is extremely well designed, very durable and remarkably innovative. The leaps and bounds in mobile photography, audio recording, screen quality and much more is staggering. Try telling someone 5 years ago there would be a stabilised 41 megapixel camera in a phone and wait for the waves of laughter.

Every time a new device is announced I simply cannot wait to try it out and put it to the test. My name is Lars and I’m a Nokia-holic. 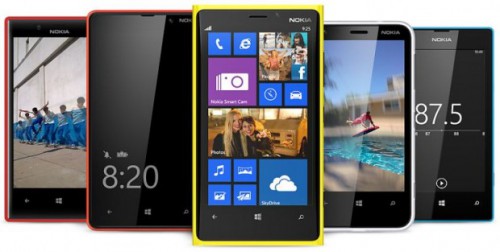 I have mentioned this before, but the Microsoft eco-system is unique and could be one of the things we look back at in 5 years and say “that was a very clever move”. No other company has the same integration across mobile, desktop, business, consumer, home and cloud. The more and more seamless integration between Windows, Windows Phone, Xbox, OneDrive and Office365 means that as a developer you can access all of these with less and less effort and overhead. OneDrive is to a large extent the glue that binds them all, and as a Windows Phone developer you can access OneDrive to store/retrieve/import/export files and folders.

Furthermore, using portable class libraries lets you write code once and use on multiple platforms. If you haven’t used PCLs before, definitely consider it. As you take your app to other platform this will make your life much easier.

The certification process for apps has been streamlined recently and now can take as little as an hour to get your app into the Windows Phone Store. This allows you to be very responsive to changing market and competitor behaviour, which means listening to your users becomes much easier.

I was always impressed with the individualise feedback from the certification team, and the fact it is now also efficient is awesome.

Nokia is not only Hardware. The suite of apps you can get from the mobile giant is impressive and the quality is always top notch (apart from the App Folder app) and about 9 months ago Nokia released the internal library they used for creating their own imaging apps. The Nokia Imaging SDK is a treasure chest of filters, high-res helpers and image manipulation functions that you can plug into your own app with little effort and no cost. In fact if you are part of DVLUP you often can find a challenge that will give you XP for your work as well.

There is extensive documentation as well, so you can get started quickly and easily.

If you are taking your hobbyist app to the next level, or are developing for a client from the start, you are likely to want to make a profit on your project. Although the payout at the lower tier is the same for both Microsoft, Google and Apple products in their respective stores, 70 percent of sales, once you reach $25,000 in sales the payout changes to 80% for Windows Phone products. This means that should you end up turning over $100,000 (would be nice) instead of $70,000 (with Google and Apple), you get $87,500. That is a fair bit of extra cash going into your pocket.

9 It is not Blackberry

Okay, this is possibly a bit contrived, but Windows Phone is going up, up, up in a large number of markets. Windows Phone is not dying, but rather growing. It is still an uphill battle, especially against Android, but iOS is being caught in major markets like Italy, Germany, France, India, Brazil and South Africa. Having been part of the Windows Phone community from day 1 (actually day minus 6 months when it was announced ;)), it is exhilarating to see how the platform is winning users over with its clean design and great points of differentiation. As much as I would like to see four major players in the smartphone market for competitive reasons (which leads to more innovation), Blackberry has pretty much died at the feet of Windows Phone.

Granted, this is not a field I have spent much time in. However, you can develop games in a variety of ways, such as with Direct3D directly, or through any of the cross platform tools such as Marmalade or Unity.

The windows heritage contains a large section on gaming, and the Windows Phone platform is made for gaming too. Being able to use C++ to fully optimise games gives a great experience, and some games are extremely advanced. Lately even GTA San Andreas 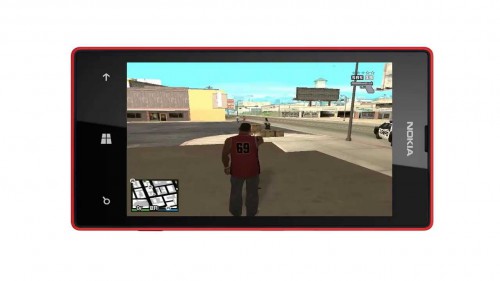 What are your favourite things about being a Windows Phone developer? Let me know in the comments.