As most of you know, I talk a bit about about Lenovo hardware, for better or for worse. I don’t work for them, and I don’t get paid for anything I do with them. I do spend my own cash on hardware occasionally and sometimes they shout me hardware of some kind. It is a great relationship, but these words, and any other you might read from me, are my own. I am not bound by contracts, promises etc. So with that out of the way, let’s turn our attention to the task at hand (cause it does actually fit in one hand): The Lenovo Yoga Book. 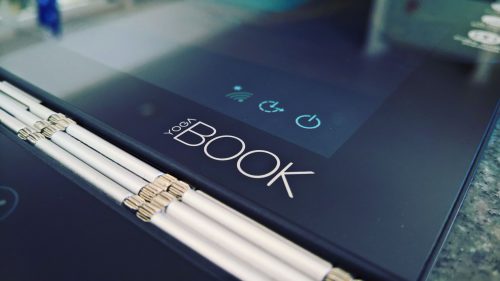 END_OF_DOCUMENT_TOKEN_TO_BE_REPLACED

A shift in approach from Apple?

These are exciting times indeed. Over the last year or two we have seen the largest shift in personal computing since Apple introduced the Mac in 1984 and Microsoft introduced Windows for the PC in 1985. It was these product innovations that started the era of modern computing as we know it today. These products filled a need and solved an inherent problem with computing at the time. How do we put computers into the hands of the average person with no computer knowledge? Although the approach from the two companies were somewhat different (Microsoft evolved their existing product MS-DOS for hardware manufacturers, and Apple designed and sold a complete hardware and software package), they both essentially targeted the same end user. Believe it or not, the companies actually worked together on a number of software applications and licensed features to each other. The rest is more well-known history and both companies’ successes are well documented and both Steve Jobs and Bill Gates are names the average person is familiar with.

Now we are seeing the biggest shift in personal computing since those days. It started with the launch of the iPhone in June 2007. This single device redefined the way we use and think of mobile phones. The introduction of the HTC Dream running Android in 2008 and the Windows Phone 7 devices in October 2010 further fuelled the shift in devices from stationary to mobile. Computing was in some extend made available on the move. Mobile data usage has steadily more than doubled every year since 2007 and in 2011 there was an almost threefold increase. And the growth is across all markets and show no sign of slowing down. The top 20% of mobile data users now consume almost 1 GB per month. Read the whole Cisco report when you have a spare 3 hours.

Now, I am sure you didn’t come along for his ride for a history lesson, so I will move on to the main focus of this article. Tablets. They are a form factor that has been very hard to nail. Microsoft introduced the first fully fledged tablet computers over a decade ago in 2000. Safe to say they never took off, being cumbersome and not designed for handheld computing. It wasn’t until Apple’s iPad was introduced in April of 2010 that the general consumer opened their eyes for the tablet devices. You can argue that consumers didn’t necessarily need the device, but it looked beautiful and Apple has always been perfect in their marketing strategy. A large range of Android powered tablets have followed and now Microsoft have finally launched their Surface device. Apple has sold over 100 million iPads and still control the majority of the market. But things are heating up to win the mobile consumer. And then Apple introduced the iPad mini.

Here is a somewhat controversial statement: Is Apple turning into a follower rather than a leader? I know you think I am going bonkers, but stay with me. When Steve Jobs was leading the world’s largest tech company, the focus was 100% on innovation, design and pushing the boundaries. Now that Jobs sadly has gone to the iCloud and Tim Cook has taken over, there seems to be a shift in direction. With the latest product launch of the mini iPad, Apple is no longer leading the industry, but playing catch up with competitors. There is already a large range of mid-sized tablet devices on the market, and it is questionable what the mini version of the popular iPad brings to the market. Granted the iPad mini is in fact 7.9 inches of screen real estate, but it is still in the same segment.

The first 7 inch devices bearing the Android flag came to market in early 2010, with Samsung leading the way. Apple’s iPad put the tablet on the consumer’s mind, but other companies succeeded in the small tablet space. So why is Apple bringing out a mini iPad now? It does seem like it is a move to not lose market share and to fill a gap in their product line, and that is absolutely fine. But it is not innovate and ground breaking.

Speaking of mid-sized tablets, Microsoft is now rumoured to be developing a 7 inch tablet as well, based around their new Surface device. According to several media sources it will be an Xbox gaming tablet and will be focused primarily on gaming. At least that is a different take on the tablet space, and I am keen to see what they come up with.

And while we are at the topic, let us now forget Amazon. The online retailing behemoth launched their own tablet, the Kindle Fire, with some success. As of 31 August 2012 they have sold an estimated 5 million device only in North America, which equates to about 22% market share. The device is priced very aggressively and Amazon intends to drive business to their website via the device.

This space is only going to get more and more interesting and competitive as the desktop PC experience seems to be shifting to mobile and handheld. Apple is the unequalled market leader at the moment, but many other players like Amazon, Microsoft and Samsung are looking to steal some of that business. Microsoft has just launched their Surface tablet device, and Amazon is coming out with the Kindle Fire HD. And as always when the big players get it right, the market will be flooded with cheap budget copies. I am very excited in this shift in personal computing, and as a software developer (geek actually) this presents a whole new range of opportunities. And as an end user of the products this development can only be a good thing. Cheaper devices with more and more functionality.