I have been working with some form of cloud computing for the better part of 10 years. As a developer I used Azure worker roles and virtual machines many years ago, and now, working for A Cloud Guru, I spend my working week teaching over a million students how to use Azure and get those skills certified.

And while I interact mainly with people who are already in the clouds of computing, I was thinking. What make people choose a cloud computing platform, like Azure, in the first place. I have five main reasons I normally share with people asking why choose cloud computing.

Watch below to get a free virtual kitten.

It has been over a year since I posted on this site. Wow. Time flies. In that time I have created a ton of video and course content for A Cloud Guru, which has taught me a lot about what works and what doesn’t when it comes to creating content.

At the same time I have set up a new home office, and decided to try out my new lights, magical blue wall and new space in general. Hence the video below on creating content with impact.

I know that the audio is still a bit off, and I need a proper teleprompter. All that is to come over the next little while.

Hosting a New Tech Show – The Future of Tech 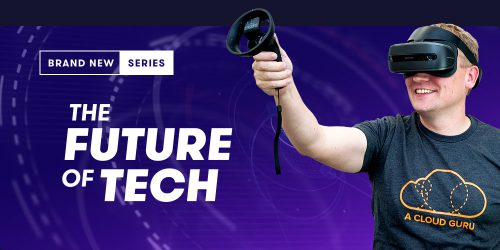 Most people that spend any time with me, know that I like to talk to lots of people, I really love to present tech topics, and my personality (for better or worse) often comes through like a flood. Over the last few years, speaking has taken me around the world, I have created 23 Pluralsight courses (so far!), helped lots of developers through my mentoring services and written a ton of articles on everything from quantum computing to being a better developer.

When my good mate Sam then asked me if I was interested in hosting a tech show as part of their membership offering for A Cloud Guru, I was totally on board. After all, they wanted to let me host and produce a show with just me on the screen on topics I choose using scripts I have written. What could possibly go wrong?

It turns out that creating a show that is of high quality of about 20 minutes in length, with researched content, a thorough script and visuals to support the recording is a lot of work. Who would have thought?! In fact, it takes a host (me), a content producer, a camera operator, a sound guy, a (very patient and talented) editor, a website developer to get the new show its new home, and then of course a marketing department to promote it. Yeah, this was more involved than I thought. 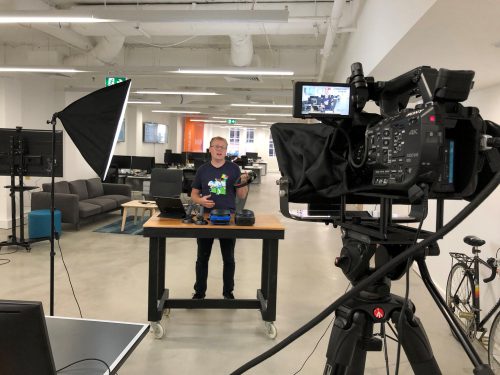 To top it off, we had to record the first episode twice, because the sound was off the first time. Well, if it was easy, everyone would be doing it, right? The end result is the first episode, the pilot, of The Future of Tech that takes a look at augmented reality. It is full of history, actual devices, demos and a look at where this could take us in the future. Click the image below to see the first episode, completely free. 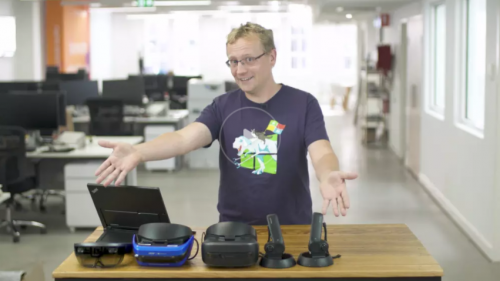 NDC Sydney and Get a 1-on-1 HoloLens Demo

I have been very fortunate to present at the best developer conference around, NDC, in both Oslo and London. It is an event that has an atmosphere and a lineup of amazing speakers unlike almost anywhere else. I can’t say enough positive about this event, and now it is coming to Sydney, Australia for the first time. Bringing the event down under will allow a lot more Aussies to attend, and not just have to settle with the recorded videos after the event. It is an opportunity to learn from the best and to mingle with speakers and attendees alike.

In the last couple of months I have been giving talks on introducing HoloLens to developers. I will be doing the same in Sydney, as well as giving a talk of being a better developer, but this time I have a little more in the goody bag.

I am very excited to share that if you are serious about HoloLens and have plans for developing a holographic experience, I can arrange a very limited number of 1 on 1 sessions with a real HoloLens device during NDC 1-5 August 2016. The demos will take place in Sydney, very close to the NDC venue. As I am sure you can appreciate, these devices aren’t available to the general public yet, so you need to outline your project to me in some detail. To be considered, please send me an email or DM me on Twitter with the following info:

Also if you are interested in attending NDC Sydney, let me know and I will put you in touch with the people behind the scenes.

CNUG Presentation – The Internet of Things on Your Wrist [VIDEO]

Back in July I was in Scandinavia for NDC Oslo and to have a well earned holiday. It occurred to me that I had never actually give a talk in the Motherland, so I got in touch with the Copenhagen .NET User Group and offered to do a talk on the Microsoft Band. Below is the result.

How to Be a (Great) Software Developer

I didn’t always know I wanted to be a software developer, and I certainly didn’t know that I was going to end up inspiring and teaching other developers how to be awesome and even better at what they do. I didn’t set out from school with a great vision of taking over the bits and bytes of all your computers, but I have always been interested in computers and technology. In this article I will share some of the top tips I have found over the years that can launch you into a software career.

END_OF_DOCUMENT_TOKEN_TO_BE_REPLACED

7 Reasons Why the Universal Windows Platform is a Big Deal

I have been doing a few talks lately on the Universal Windows Platform (UWP), and there are several more to come. Often though, I’m asked “Why is it such a big deal?” or “Why should I care?” Completely reasonable and relevant questions, especially given my public fascination and fanboy-ism of Windows Phone. However, there is a lot more to UAP than merely Windows Phone.

Microsoft has a vision of “One Windows”, which in essence means that your apps can run on a single platform that spans all of the different form factors running Windows, whether that is Raspberry Pi or tablet, or even Xbox. I have decided to try and spell out why it is so important, not just for the Microsoft stack and developers, but for tech in general. Here are my top 7 reasons.

END_OF_DOCUMENT_TOKEN_TO_BE_REPLACED

Windows 10 is looming and already details of new features and new components are emerging. In this series of articles I will cover the new features of Windows, both as an IT Professional as well as a developer. The amount of work and investment made by Microsoft into the Windows eco-system means that this is not a small update, but a key to the future success of the platform. One of the new features is a cross platform capability of apps that is unmatched anywhere. In the not too distant future you will be able to run your Windows 10 apps on phone, tablet, desktop, Xbox, Internet of Things (such as a Raspberry Pi), HoloLens and many many more devices.