I have been toying with the idea to make the podcast I co-host (The Dane & The Pain) a weekly regular show, for some time. Going independent means that I can allow myself a little bit of time to dedicate to the project. So I have. And I love it.

I caught up with a friend this week and among other things he asked “Why do you bother doing a podcast and why so often?” With the latter part of the question, he was referring to our decision to do a weekly show. And it is a question I have been asked in other contexts and in other ways. So here is why. 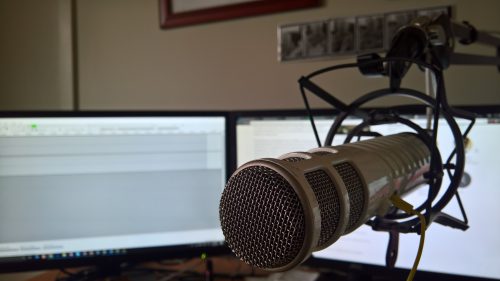 Podcasting is a way that allows me to have a way to share my thoughts and opinions. It is an avenue for discussion and provides a medium that is different from blogging. When Joel and I record a show, we generally know the topics we are going to talk about, but we don’t tell each other very much in order to have a more natural and less rehearsed conversation. Granted, you can do a lot of editing, but we tend not to. In actual fact, we sometimes just find out we have time to record and we spend 10min figuring out what to talk about. It is that impromptus at times.

The show is our thoughts and opinions of the day, and what gets recorded is the right thing for the day.

One thing we haven’t been very good at for a number of reasons is consistent regular shows. At one point we had a year pass by between episodes, because life got in the way. We are fixing this, by making a conscious effort to have a weekly show and for the past 20 shows we have managed just that (except for one week). If you want to build an audience that follows and listens to your show regularly, they have to know when to expect the next show. If you can create a rhythm of when the show is published, you are setting a precedence for your audience to create a habit. This can take months to establish, but it is extremely important, which is why Joel and I are committed to doing a weekly show. We may record several shows in a row, but we release one each week on Monday morning Australian time (Sunday night in North America).

You have to be serious and dedicated to any project for it to be a success. I generally don’t like spending time on something that will turn out to be mediocre and not the best it can be. Dedication and passion requires time, but it is time you are happy to spend on your project. As we have spread to more channels (YouTube, Facebook, Twitter, iTunes), we are spending a bit more time on the show, but it is all part of making it the best it can be, with the resources we have available.

Joel and I have committed to producing a show a week and we generally have the next three weeks’ shows ready so we can have “stuff” come up that means we can’t record when we planned to.

Part of having a publicly available podcast is that we want to engage with the community surrounding it. In this case it is the tech community that we are wanting to involve in our show to get their thoughts and feedback on the topics we talk about. Ultimately this will lead to more listeners, but that is not the primary goal. We want to create a more engaged and richer tech community that isn’t all about code. Joel doesn’t work in technology, but obviously has a keen interest in it, and I do. This gives us a great mix of opinion, knowledge and community viewpoints that we hope will resonate.

Although we aren’t creating an educational show in the strictest sense of the word, we do want to share knowledge on the topics we cover. Educational in my opinion is broadening one’s horizon, however that might occur. And if you become a delinquent of the show and engage with us regularly, then the educational aim works and you might just get more out of it than you thought.

We are going to continue to make the podcast while we are enjoying it, and we have some interaction with the listeners.