Who, What, Why, When, Where and How of Digital Realities – Pluralsight Course

For the past two years I have been involved in a lot of aspects of HoloLens development. I have done large presentations at international conferences, user groups talks, taught 1-2 day workshops around the world, written numerous articles and even created the first Pluralsight course on the topic. I have spoken to thousands of developers through various mediums and been part of two startups in this field. Safe to say: I love this space.

Throughout all of these interactions and experiences, the main question I got was “What is HoloLens?” along with “What is Mixed Reality?” It was a completely legit questions, considering how ground-breaking and how new the device and technology is/was. However, the real confusion has been what is the difference between augmented, virtual and mixed reality. What is each used for, how do they apply to my industry, which is the best fit for my project? And these questions came from developers, designers and business people alike. There is a real confusion about the differences. In fact, most people aren’t aware that there is anything beyond virtual reality.

To help the general education and explain my understanding and point of view on the whole space of digital realities, I have created a new Pluralsight course doing just that. It isn’t an in depth course at how to develop a particular feature or skill, but rather it is a big picture understanding of augmented, virtual and mixed reality as it relates to developers, designers, project owners and businesses. It is a short and concise introduction to a very complex space that is moving at an accelerated pace.

You can watch the trailer for free now, and learn all about Digital Realities – The Big Picture. 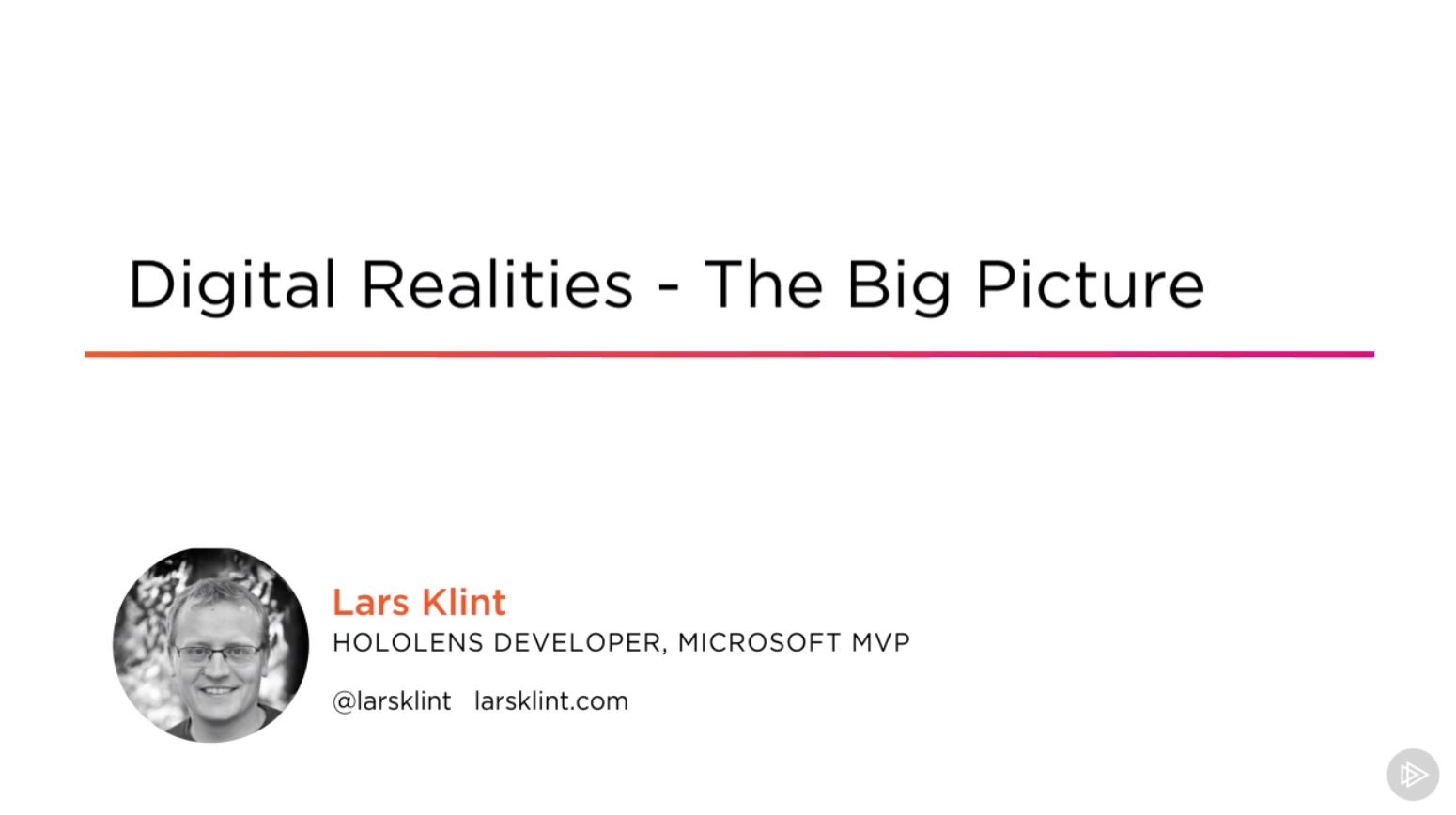